Read on to learn more about the board members of the BYU Law Alumni Chapter. 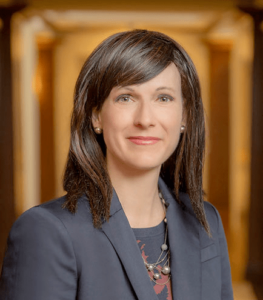 About: Amy G. Larsen (’04) is President of BYU Law School’s Alumni Chapter. She practices at Kirton McConkie in Salt Lake City in the First Amendment and Religious Liberty section. She also serves on the Conference and Events Committee of the J. Reuben Clark Law Society. Amy lives with her husband and two sons in Bountiful, Utah, and hobbies include talking incessantly, attending Ballet West performances, and cheering for the Cougars and the Utes in football, except when BYU plays Utah, in which case she only cheers for BYU! 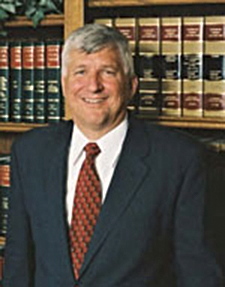 Favorite BYU Law memory: Being passed by three grade school girls and one octogenarian near the finish line of the J. Reuben Clark Ambulance Chase from the law school to the hospital.

About: Tommy is from Las Vegas Nevada. He married Kathryn Stewart in 1978. He received a BS degree in Mathematics from BYU in 1979 and a Juris Doctor degree from the J. Reuben Clark Law School in 1981. He and his wife have seven children, one girl and six boys. They have 12 grandchildren. He practices in the area of personal injury at his own firm, Christensen Law, which he started in 1984.

Favorite BYU Law memory: Getting to know faculty well by being a TA for different professors, but then—as a result—being mercilessly subjected to parody right along with them during the Professor Roast.

About: Richard (’06) is a partner at Jones Day in Dallas, Texas, where he focuses on trials and appeals.  A Californian transplanted to Texas, he lives with his wife, three daughters, and one son (all proud native Texans) in a small but growing suburb east of Dallas. 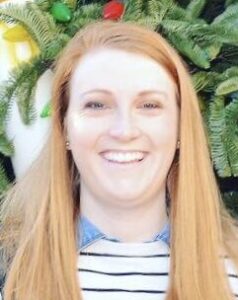 Favorite BYU Law memory: Participating in the Trial Advocacy Team including going to the National TYLA Competition both her 2L and 3L years. Being part of the Trial Ad team allowed me to meet wonderful friends and mentors. Staying super late at the law school questioning each other and working hard on memorization as other friends brought me Sodalicious and other treats to keep me going!

About: Morgan (’18) is a litigation associate at Dentons Durham Jones & Pinegar. She graduated with her BA in History from BYU where she learned to love the Middle East and world religions. She is from Kaysville, Utah (go Darts!) and currently lives in American Fork, Utah. She loves sports, politics, cooking and traveling. 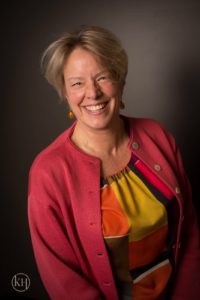 About: Tamar graduated with relief (if not honors) in 1988. For the next 30 years, she practiced law and consulted in Utah, Idaho, and random places all over the country. She spent most of her career educating engineers in the ways of environmental law and telling them where they could build their nuclear plants. Because she is an environmental lawyer, she’s really good at asking recalcitrant people for money. She writes and provides online compliance training as well. 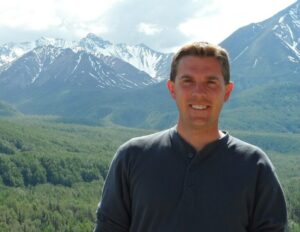 Favorite BYU Law memory: Spending many long hours and late nights in the law school courtroom, practicing for Trial Ad competitions, with the people I was closest with. Riding Bird scooters all over the national mall late at night with law school friends, and visiting the Lincoln Memorial late at night when it was empty, and quiet. Sitting with classmates in the reading room of the law school, which we affectionately named “The Office”, and referring to each other as office-mates. Wandering the building looking for leftover food, which you could always smell, but couldn’t always find.

About: A recent graduate of BYU law, Cory spent 18 years prior to law school working as a contract negotiator for the Air Force and private industry. He is also a chartered retirement planning counselor and spent several years as a personal financial advisor. He has been married for 20 years and has 4 children. When not engaged in the good fight of legal work, he likes to spend time outside, hike, camp, ski, and boat. 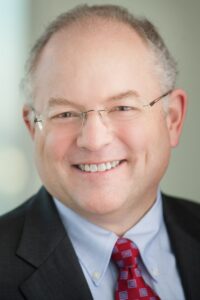 Favorite BYU Law memory: Professor Gordon’s moon walk across the moot court bench; marching with the cockroach to the Cougareat in mock protest; Nerf football in the carrels late at night; the stress and accomplishment of moot court arguments; the flicker of light near the end of first year when I thought I might be starting to understand the law . . . finally.

About: Gary is president of the Class of 1988 and a board member of the Portland, Oregon, chapter of the J. Reuben Clark Law Society. He has practiced since graduation at Miller Nash in Portland and now is chair of the firm’s construction industry team. He and his wife, Elizabeth, are now empty nesting, and enjoy three adult children and one granddaughter. They love the beauties of the Great Northwest’s mountains and coastline. 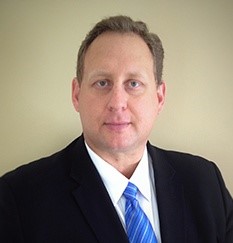 Favorite BYU Law memory: I don’t know if this is my favorite memory, but it is definitely the most profound memory I have from law school. I was walking by a classmates carol in the early morning and I saw an airplane fly directly into the World Trade Center Towers. I asked my classmate “what movie trailer is that?” He responded “this is live and is actually happening.” I hadn’t realized that I had just seen the second plane fly into the tower live, and it was so unbelievable that I thought it was a fake scene in a movie trailer. The rest of the day was somber, as the law students gathered in shock and then all classes were cancelled. September 11th during law school invokes a poignant memory.

About: Jonathan is the Global Brand Protection Director for ZAGG Inc., based in Midvale, Utah, and he works to ensure ZAGG’s products are authentically sold and distributed. Prior to working in-house, Jonathan lived and worked in New York and was a partner in a boutique intellectual property law firm. He and his wife Allison have six children (1 boy, the oldest, and then 5 girls) that keep them busy and happy. Jonathan loves spending time in the mountains, coaching his kids’ soccer teams, and watching BYU sports – Go Cougs! 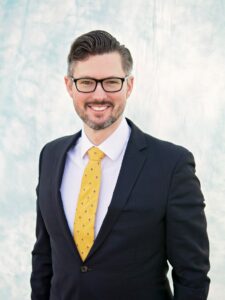 About: Anthony (’15) is a Deputy County Attorney for Utah County in their civil division. He assists the Board of County Commissioners of Utah County in drafting and amending county ordinances; negotiating sensible contracts among various cities, governmental entities, and businesses; litigating cases on behalf of Utah County; and advising various county departments and boards of directors. He is also running for state representative for Utah House District 22. Anthony and his wife live in Kearns, where they purchased their family home and are raising their six children. 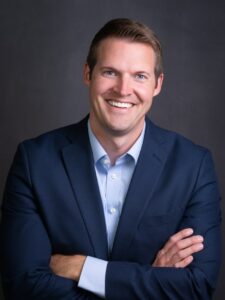 Favorite BYU Law memory: Law school ended up being a blast because of my study group. We laughed together, we cried together—we kept each other sane. We still stay in touch and get together for BBQs and Christmas parties. Recently, most of us traveled to Canada when one of our group members got married up there.

About: Adam (’16) is the Founder and CEO of Crushendo, an innovative education company based in Provo, Utah. When he’s not helping students crush big exams, you can find him getting into trouble talking politics on Facebook, or playing crazy ball with his kids (imagine baseball, dodgeball, and manhunt had a baby). 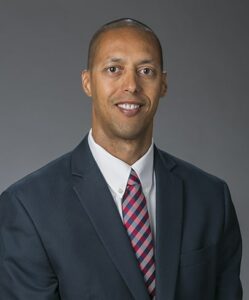 About: Tim and with his wife are the parents of five children. Tim is a partner in Dickinson Wright‘s Phoenix office. Tim’s primary areas of practice are commercial litigation, bad faith, class actions, construction, product liability, and American Indian affairs. In addition to Tim’s wide-ranging litigation practice, he spends a substantial amount of practice time counseling corporations, organizations and law firms on all things diversity, inclusion, and belonging, including addressing discrimination allegations. 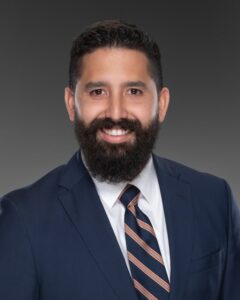 Favorite BYU Law memory: It’s difficult to narrow it down to a single favorite memory when part of the class of 2014. A sample of some fond memories start with a classmate having a great run selling (at cost) regular Coke from a cooler at his carrel, well before the embrace of caffeinated drinks on campus; “study” groups; SBA Halloween party, talent show, and many other free food events; finding an orange cone in the parking lot that was not in use to save our parking spot while on a Cafe Rio run for a club event; and walking out of the law school at the end the day to see the mountains glowing in the sunset.

About: Jorge (’14) is a partner at Kuck Baxter Immigration in Atlanta, Georgia, where he practices in all areas of U.S. immigration and nationality law. Jorge serves as lead attorney of Emory Law School’s Emory Immigrant Legal Assistance Clinic; a volunteer, student-run clinic in partnership with The Church of Jesus Christ of Latter-day Saints. Jorge also volunteers as vice-chair in the Georgia-Alabama Chapter of the American Immigration Lawyers Association.

Favorite BYU Law memory:  Eating candy in our carrels in between classes and watching classmates perform gymnastics in the aisles of the carrels.

About: Kate (’03) was an associate in the family law group at Fox Rothschild LLP in Philadelphia until she left to stay at home with her five favorite clients—her kids! Since 2017, Kate has been serving as the Assistant Director of Communication Assigned to Media Relations in the Philadelphia Region for The Church of Jesus Christ of Latter-day Saints. Kate loves reading, Legos, running, and spending time with her family. Kate lives with her husband and five kids in Wilmington, Delaware. 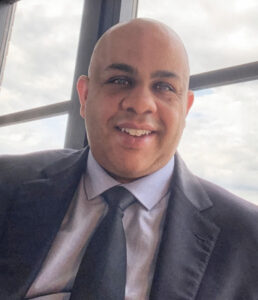 Favorite BYU Memory: Gathering with my classmates by our study carrels. (Also walking down the road to J-Dawgs.)

About: Jay (’07) is a director at Gibbons PC and provides guidance on a variety of regulatory matters. He possesses the unique combination of internal knowledge and external experience critical for successfully navigating the challenging realm of politics on behalf of clients. His longstanding relationships within government, insight into the legislative and executive processes, and deep understanding of the regulatory issues faced by businesses in the current economy enhance the services he provides.

Jay is an avid photographer and loves to travel. Jay is a proud puppy owner (Jackson) and splits his time between Washington, DC, and his home state of New Jersey. 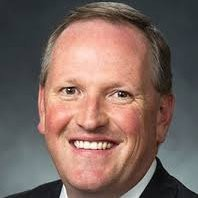 Favorite BYU Law memory: Watched Emely Perez (a young woman whose family my wife taught as a missionary in Honduras) presenting to BYU Law students and faculty with her LLM classmates. I was amazed to consider the law school’s impact on these students from Brazil, Jordan, Swaziland, South Sudan, Honduras, and Mexico and to learn of their unique journeys.