This year’s Annual Bruce C. Hafen Lecture featured Sterling Professor of Law from Yale Law School, Akhil Reed Amar. He is an expert on the American Constitution, has been cited by the Supreme Court in over 30 cases, and was an informal consultant on the TV show, The West Wing.

One of the main points that Amar made was how the Constitution was built on the principles of freedom of speech and debate before there was even an official constitution. He also explained that “originalism is understanding where the Constitution came from” and “if we don’t know our history, we are doomed to repeat the history our forebears lived through.”

The Hafen Lecture recognizes former Dean of the BYU Law School (1985-89), Bruce C. Hafen. He was instrumental in the founding of the law school and was an original faculty member. Hafen also created the J. Reuben Clark Law Society during his time as Dean. He served as a general authority for The Church of Jesus Christ of Latter-day Saints for 16 years. 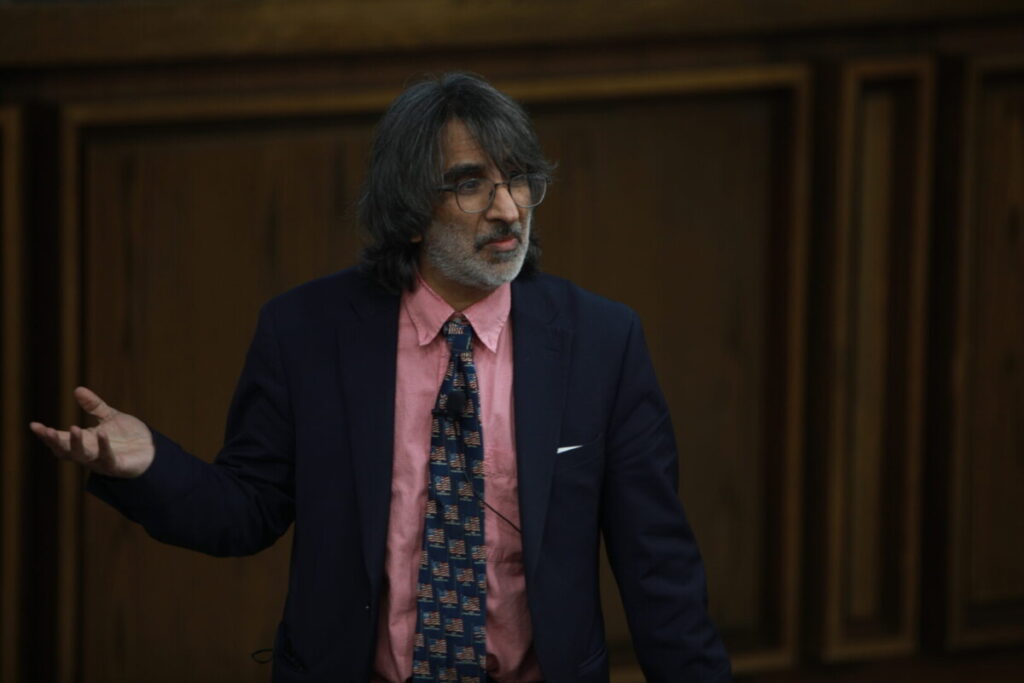