Last week, BYU Law officially introduced the Stephanie S. and John L. Sorensen Student Commons with a naming and ribbon cutting ceremony. Students from the Student Bar Association presented the Sorensens with two glass plaques and expressed gratitude for the Sorensens’ generosity and commitment to the BYU Law community. In his comments, Dean Gordon Smith thanked the Sorensens personally and on behalf of all BYU Law students for “being such an example of inspiring leadership.”

During the ceremony, John remarked to students and faculty that “BYU Law is a remarkable school and an outstanding institution.” Both he and Stephanie emphasized their love of the BYU Law community, telling students that they are both “deeply grateful for the opportunity to serve.” John said, “We are here because of you, and we hope you feel valued and needed.”

John L. Sorensen grew up in South Pasadena, California, in the home of David E. and Verla A. Sorensen. His parents’ example of hard work, devotion to family, community, and especially Church service shaped his perspective on sacrifice and generosity. Following graduation from high school in 1982, John was accepted to Brigham Young University. He served a mission for the Church of Jesus Christ of Latter-day Saints in Boston, Massachusetts, from 1983-1985. Following his mission, he returned to BYU where he met and married Stephanie Schneider in 1986. Both graduated with a Bachelor of Arts in American Studies in 1988.

Following graduation, John spent a short year with Wells Fargo Bank before joining his father in a rehabilitation care management company, North American Healthcare, Inc. His responsibilities grew as he filled a variety of positions, moving from a licensed healthcare administrator to Regional Director, then Director of Acquisitions, Vice President, President, CEO, Chairman of the Board, and finally, Executive Chairman. John and Stephanie sold their interests in North American Healthcare, Inc., in 2017 and engaged in private investment. They have served as members of the BYU President’s Leadership Council since 2005.

The Sorensens have seven children and seven grandchildren. 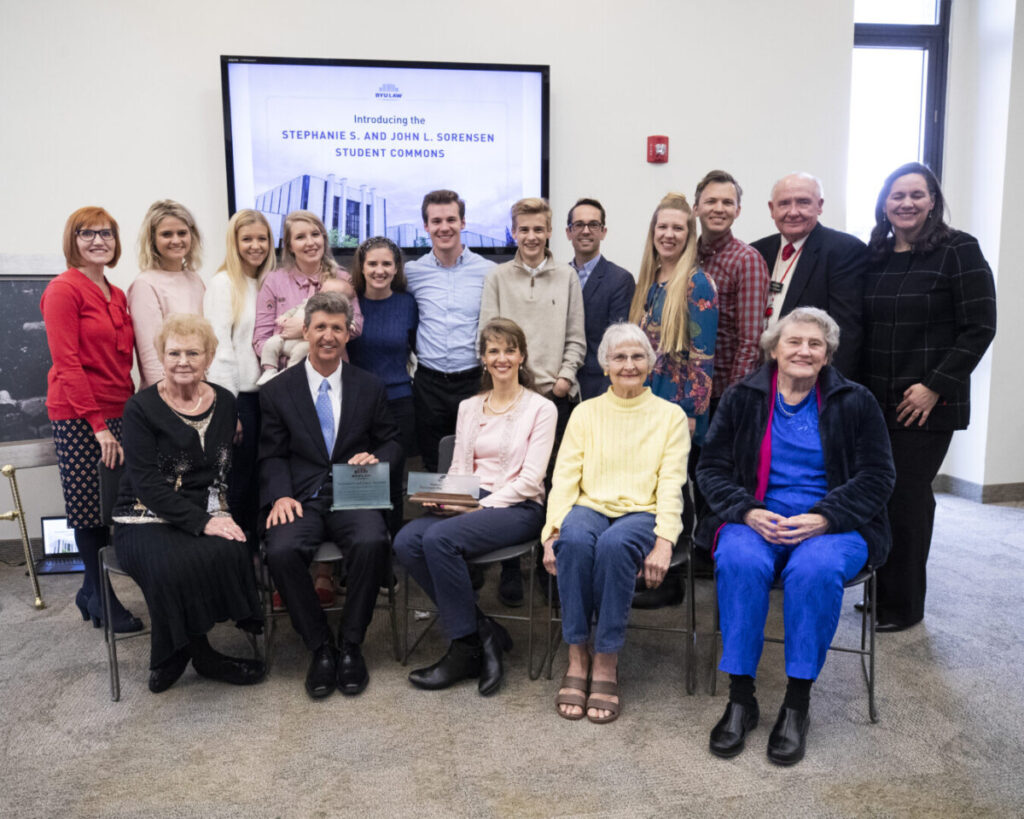