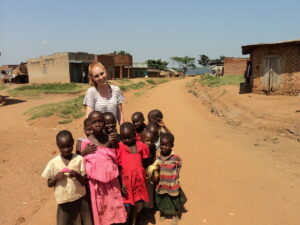 BYU Law student Bronwen Dromey has traveled the globe researching sociological interests in countries such as Cambodia, Thailand, Australia, Vietnam, and others in Southeast Asia. After winning BYU’s Y-Prize, she was able to travel to Uganda to help combat schistosomiasis, a parasitic worm that stunts growth, impairs brain functions, and causes other health problems and is found in infected water.

BYU’s Y-Prize was inspired by, and works in conjunction with, D-Prize, a competition that seeks to fund access to poverty-alleviation solutions in developing countries. Fourteen teams presented their ideas to distribute the inexpensive pills that kill schistosomiasis. Dromey and her three teammates were awarded the $12,000 prize to go to Uganda and put their plan into action.

Though the cure for schistosomiasis is inexpensive to produce, other problems have arisen. Dromey explained, “The gist of it is, there’s a pill that easily kills the parasite. The problem is that this pill is big, so kids have a hard time swallowing it; it tastes bad; and it can have negative side effects.” Dromey also noted that the pill can make one feel ill if taken without food. In Uganda, food is often scarse, so those taking the pill very often feel worse after taking the medication.

Those with schistosomiasis aren’t bed-ridden, but experience a weakness similar to having influenza. “It’s not completely debilitating, but it has bad consequences over a span of years,” Dromey said. “It’s hard to get people to take a pill when they don’t feel they have the disease.” 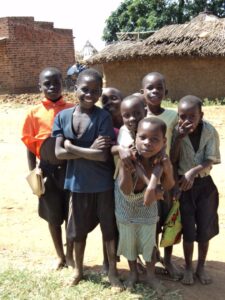 Dromey aims to continue her humanitarian efforts—in fact, it’s why she came to law school. Her experience in developing countries instilled in her a desire to serve. “In Cambodia, I was researching the statusof women,” Dromey explained. “I would talk to these women about things they were dealing with. I remember the judicial system being particularly striking. Women would report things like domestic violence, the husband would pay the judge a bribe, and nothing would happen, there would be no justice.

“I came to law school because I wanted to be an advocate and because I was interested in having the power to represent someone and have change come from that representation.”

Dromey’s interests don’t lie purely on foreign soil. “I’ll always be interested in international human rights law, that’s just part of who I am,” she said. “But there’s a lot going on domestically that I think people don’t realize. There’s a lot of opportunity to represent people who desperately need an advocate.”