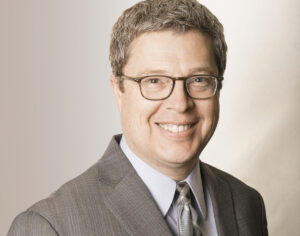 BYU Law School Dean James R. Rasband announced the appointment of Brett G. Scharffs as the new Director of the International Center for Law and Religion Studies. The Center, since its beginning on January 1, 2000, has played an internationally significant role in the work of the Law School. With a mission to help secure the blessings of freedom of religion and belief for all people, Center faculty and staff, aided by hundreds of BYU law students, have worked to disseminate knowledge and expertise regarding the interrelationship of law and religion, through scholarship, network building, participation in law-reform processes, and organization and sponsorship of hundreds of conferences, at BYU and throughout the world.

Dean Rasband praised Professor Durham for his “visionary leadership of the Center since its founding.” He noted that Professor Durham, in his role as Founding Director, “will continue to play an important role in the Center he has sacrificed so much to build.”  As a leading figure in the world of law and religion, he will also serve as an ambassador for the Center and its work, and the Law School.”

Dean Rasband also expressed his gratitude to Professor Scharffs for “his willingness to assume responsibility for the leadership, administration, and programs of the Center.  I am confident the Center will continue to flourish under his leadership.”  Dean Rasband said:  “I have worked closely with Professor Scharffs during his last three years as associate dean of the law school and I know him to be a tireless worker with sound judgment and a deep commitment to both the law school and the Center. His extensive university and law school leadership experience, as well as his distinguished record of scholarship and teaching, have prepared him well for this new role.”

Scharffs, who has been an Associate Director at the Center since 2009, will complete a three-year assignment as Associate Dean on May 1, 2016. He is an internationally recognized scholar and leader in the field of international and comparative law and religion, human rights, and comparative constitutional law. In his eighteen-year academic career, Scharffs has written more than 100 articles and book chapters, and has made more than 300 scholarly presentations in 30 countries. For the past eight years he has helped organize a Certificate Training Program on Religion and the Rule of Law in China. He also co-organizes similar programs in Vietnam and Myanmar and has been working to develop a masters-level course on Shari’a and Human Rights with two universities in Indonesia.

Scharffs received his BSBA and MA from Georgetown University, a BPhil from Oxford University, where he was a Rhodes Scholar, and his JD from Yale Law School, where he was Senior Editor of the Yale Law Journal. He was a law clerk on the DC Circuit Court of Appeals, a legal assistant at the Iran-US Claims Tribunal in The Hague, and worked as an attorney at Sullivan & Cromwell. Since joining the BYU Law School faculty in 1997, Scharffs has taught US, International, and Comparative Law and Religion as well as a variety of other subjects.

Durham, who is a graduate of Harvard College and Harvard Law School, has been heavily involved in comparative law scholarship throughout his long career, with a special emphasis on comparative constitutional law and the relationship of law and religion. He has published and consulted widely on these subjects, having engaged in law reform projects in over 50 countries.  He is a member of several US and international advisory boards dealing with religious freedom and church-state relations. Durham is currently the President of the International Consortium for Law and Religion Studies (ICLARS), based in Milan, Italy, and is a founder and an Editor-in-Chief of the Oxford Journal of Law and Religion.

Incoming Law School Dean D. Gordon Smith, who will begin his term as Dean on May 1, 2016, said, “Under Professor Durham’s energetic leadership, the Center has become a leader in advancing the understanding of connections between law and religion among academics and policy makers throughout the world. We are confident that Professor Scharffs will continue the Center’s ambitious agenda of promoting religious liberty for all people. I look forward to working closely with Professor Scharffs as Director of the Center and with Professor Durham in his new role as Founding Director.”

Durham and Scharffs are co-authors of a field-making casebook published by Aspen/Wolters Kluwer, Law and Religion: National, International and Comparative Law Perspectives, which is used around the world, and which is scheduled for a second edition later this year. The casebook has been published in Chinese and Vietnamese, and translations are underway into Burmese, Turkish, Indonesian, and Arabic. Durham and Scharffs also regularly co-teach a popular course on international and comparative law and religion at Central European University in Budapest. Earlier this month, Scharffs published, with his Center colleague Elizabeth Clark, Religion and Law in the USA, a new volume in the important multi-volume International Encyclopaedia of Laws.