Professor Stephanie Plamondon Bair joins BYU Law full-time faculty. She comes from Stanford University where she was a fellow with Stanford’s Program in Neuroscience and Society. Prior to this, she spent time as a patent litigation attorney at Goodwin Procter in Boston and as a clerk for the Honorable Raymond C. Clevenger III on the Court of Appeals for the Federal Circuit in Washington, D.C.

Professor Bair’s research focuses on mind sciences, innovation, and the law. She is particularly interested in applying empirical work in psychology and neuroscience to current legal and policy challenges in intellectual property law, public health law, criminal law, and other areas. Her recent legal writing has focused on the psychological underpinnings of the patent incentive.

Before graduating from Harvard Law School, Professor Bair earned a Ph.D. in Neuroscience from the University of Utah and an undergraduate degree in physics from the University of Prince Edward Island in her hometown of Charlottetown. Her science writing has appeared in Nature and the Journal of Comparative Psychology.

Curtis Anderson joins the BYU Law full-time faculty after over 20 years of experience in private practice and as an in-house lawyer. He will teach transactional skills courses and will supervise clinical alliances with law firms and companies for students interested in a transactional law practice.

Before coming to BYU Law, Professor Anderson was the general counsel of the Match Group, which is owned by IAC/InterActiveCorp. The Match Group consists of many online education and dating companies based in the United States, England, France, Japan, Belgium and Brazil. Prior to joining IAC, Professor Anderson was a partner at Baker Botts in Dallas. While in private practice, he advised public and private companies as well as venture capital funds. He represented clients in complex mergers and acquisitions, public and private financings (debt and equity) and general corporate matters. His clients were typically technology, real estate, or energy companies. 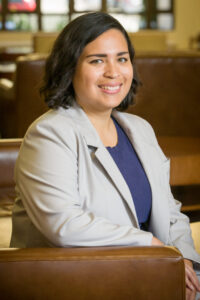 After teaching at BYU Law as a distinguished practitioner in residence for 2014, Professor Maybell Romero joins the law school as a visiting assistant professor. Prior to coming to BYU Law, Professor Romero worked for the law firm Harris, Preston & Chambers, LLP, advising clients in the areas of litigation, family law, criminal defense, construction law, and appellate matters. Professor Romero served from 2006 to 2009 as a Deputy County Attorney for Cache County, and as a Deputy County Attorney for Rich County from 2010 to 2013. Ms. Romero is a native of Long Beach, California, and is fluent in Spanish.

Professor Romero currently serves on the First District Court Judicial Nominating Committee, the Utah Supreme Court Advisory Committee on the Rules of Juvenile Procedure, the Utah State Board of Mandatory Continuing Legal Education, and the Logan City Planning Commission. She is also chair of the Board of Directors of the Friends of the First District Drug Court, a member of the Rotary Club of Logan, Utah, and the immediate past president of the Cache County Bar Association.