Reflecting on the Legacy of Black Leadership

In honor of Black History Month, students and faculty gathered for a conversation with John Kwarm (‘13) about the legacy of black leadership in his life, as well as about his experience as a black law student, and now, a black lawyer. Today, he works as a public defender in Utah County.

Kwarm’s commitment to public service was inspired, in part, by the legacy of a number of black leaders. One of these is Barbara Jordan who was born in Texas in the 1930s, an incredibly difficult time to be either both a woman or a person of color. She was both. Nevertheless, Jordan persevered—she was able to attend law school, join the Texas State Senate, and serve in the U.S. House of Representatives for three terms.

“Barbara Jordan’s legacy has impacted my law career greatly,” Kwarm said. “I sometimes feel like I have responsibilities that I am unprepared for—sometimes the thought creeps into my mind that I do not belong. But Barbara Jordan reminds me that I belong in these legal spaces, even when I am the only person of color in the room.”

Kwarm is also inspired by the civil rights leader Thurgood Marshall. After graduating from law school in 1933, Marshall practiced law, founded the NAACP Legal Defense and Education Fund, and was appointed to the Supreme Court in 1967. Justice Marshall was the first African American on the Supreme Court.

Justice Marshall inspires Kwarm as he works as a public defender: “In court, I sometimes worry that I will say something with an accent that makes me sound uneducated. I worry about the stereotypes that exist for black Americans. But I am reminded of the good I can do as I reflect on the legacy of those that have come before me.”

As a public defender, Kwarm was once asked to represent a self-described neo-Nazi who was covered in white supremacy tattoos. Despite initial hesitation, Kwarm was reminded of his duty as a lawyer: “Thurgood Marshall reminded me that it was my duty to protect this man’s rights and defend him in court to the best of my ability, regardless of what he believed.” 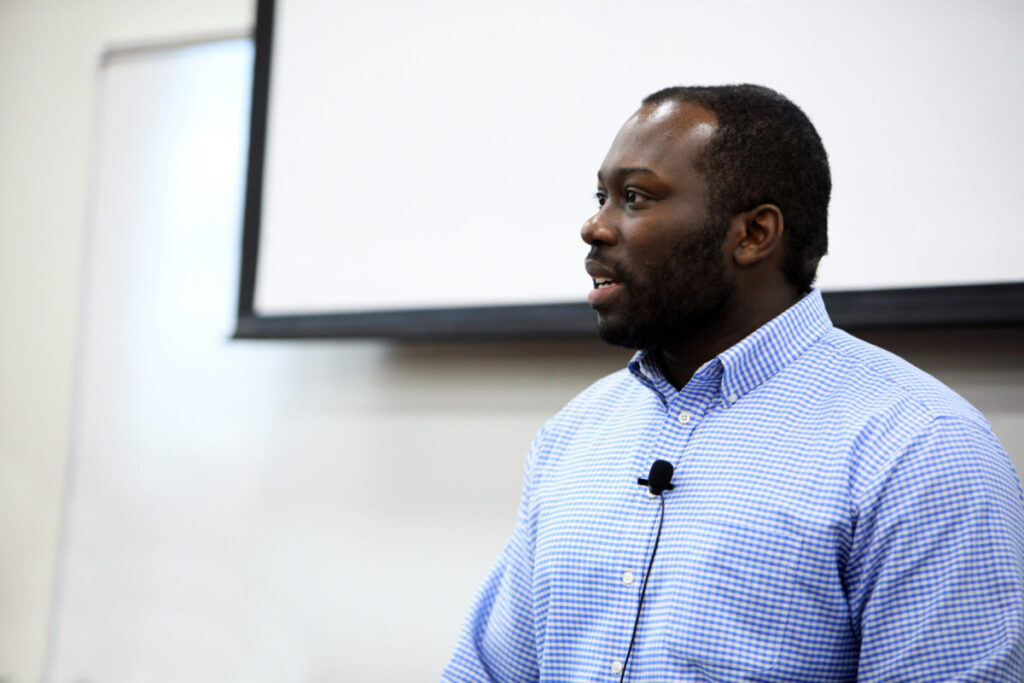