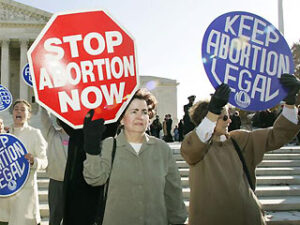 Three international experts will speak at BYU Law’s mini-colloquium, “Abortion in America Forty-two Years After Roe v. Wade,” on Thursday, January 29, 2015, in 306 JRCB. Participants will discuss the 42nd anniversary of the Supreme Court’s 1973 decision in Roe v. Wade which mandated the legalization of abortion in all 50 states and all federal territories.

Maureen Condic, professor of neurobiology at the University of Utah, holds positions in both the School of Medicine and in the Department of Neurobiology. She will discuss human life and human value from the perspective of her medical and scientific expertise.

Professor Joseph Dellapenna from Villanova School of Law is a distinguished legal historian and author. He will discuss the history of abortion in America in the 19th and 20th centuries.

Duane Ostler will speak about what the Founding Fathers thought of abortion. He has a Ph.D. in legal history and a JD from BYU Law. He has been a research affiliate with the Centre for Comparative Law, History and Governance at Macquarie University in Sydney, Australia, and a post-doctoral Research Fellow at the T.C. Beirne Law School of the University of Queensland, Australia.

Light lunch will be served.